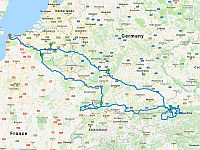 Surprisingly in all the years we’ve been riding around Europe we’ve never really toured in Germany. This year we decided to right this wrong. Our destination would be Salzburg in northwestern Austria and our route out would take us through the Ardennes in southeast Belgium and across Bavaria. After a couple of […] 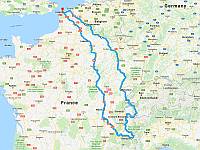 After our hiatus from touring last year, this year saw us returning to the French Alps for the first time since 2014. Our numbers were a little depleted – down to a trio; Phil, Taj and Kyle – and route planning and hotel booking was left until the eleventh hour. Nevertheless there was a tour […] 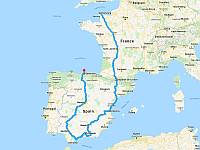 Despite last year’s tragedy in Spain there was never any doubt in our minds that we’d go touring again. Losing Gaz under such unfortunate circumstances had been devastating and he would be sorely missed but knowing him as we did, should any of our roles have been reversed, we knew it wouldn’t have stopped him […] 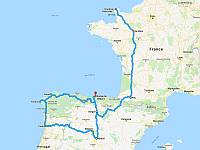 When it came to planning this year’s tour it was a no brainer. After riding down to Chamonix Mont-Blanc in 2006 we never imagined we’d still be at this touring lark a decade later and to mark the milestone we felt it warranted doing something a special. We’d talked about visiting the Picos de Europa […] 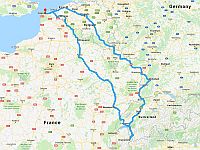 As 2014 marked the centenary of the outbreak of the First World War we decided that this year it would be appropriate to visit the Western Front and pay our respects to those whose sacrifices have materially improved our lives today. Phil had been informed that there were three areas in which the fighting was […] 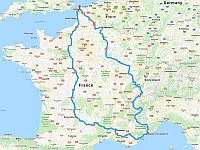 For the first time in 8 years of touring in Europe we didn’t have a plan this year. It wasn’t that we’d run out of ideas although it would be fair to say that we had toured fairly extensively since our first tour to Chamonix Mont-Blanc back in 2006. It was more a case of […] 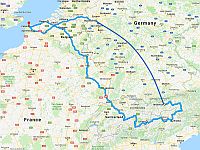 Having enjoyed our Dolomites tour so much 3 years ago we decided it was time we returned there. We’d had a lot of fun in Italy and it didn’t really matter that there wasn’t too much new for us to discover in and around Arabba. Especially after our epic 18 passes in day ride. The […] 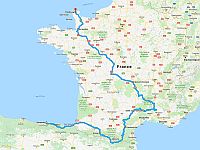 We dubbed last year’s tour the “Wet One” and were hoping for a reversal of fortunes when we made our return to the Pyrenees this summer. In all fairness we’d had a good run of virtually rain free tours but neverthelass riding ourselves into a snowstorm at the top of the Galibier was a particular low […] 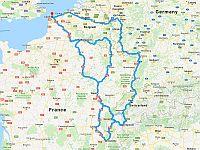 When it came to planning this year’s tour we were under no illusions whatsoever. Regardless of what we did topping last year’s tour to the Dolomites was going to be a tall order. We were determined to give it a go though and everyone was unanimous. This year we would return to Chamonix Mont-Blanc in […] 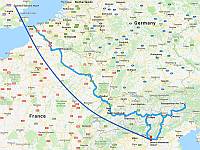 This year saw us heading to northeastern Italy to tour the Dolomites. We’ve wanted to do this trip for a while and the only reason we haven’t is it’s a minimum thousand mile ride to get there. The alternative to transporting or hiring bikes has always appeared quite pricey however Phil dug deeper and came […] 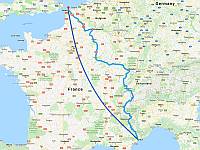 With a couple of successful motorcycle tours behind us, for our third installment we decided to base ourselves in Briancon, in south-eastern France, and tour the Hautes-Alpes. Our only dilemma was how to get there. In 2006 we discovered that riding down to Chamonix was a long way and if you have time restraints it […] 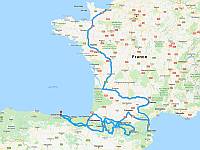 After the triumph of our tour to Chamonix last year we set about planning a follow-up. For our second outing we decided to move venues from the Alps to the Pyrenees. And on the back of last years success the rider numbers were up from 5 to 8. The increased numbers made it tricky to […] 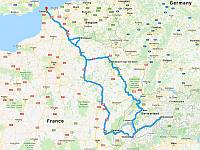 For our inaugural motorcycle tour we decided to head for mainland Europe. The plan was simple, we would hop on a ferry and ride down to Chamonix-Mont-Blanc in the heart of the Western Alps and use Chalet Le Bois Rond as our base, from where we would ride some of the local Alpine roads and […]